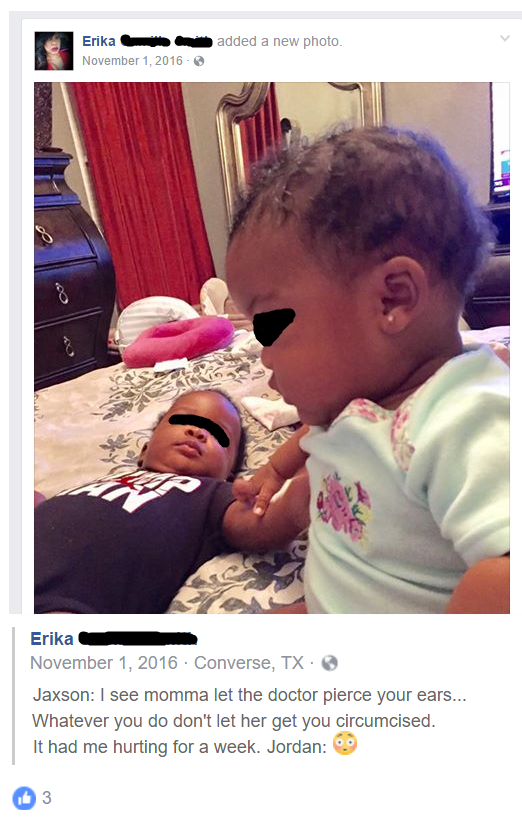 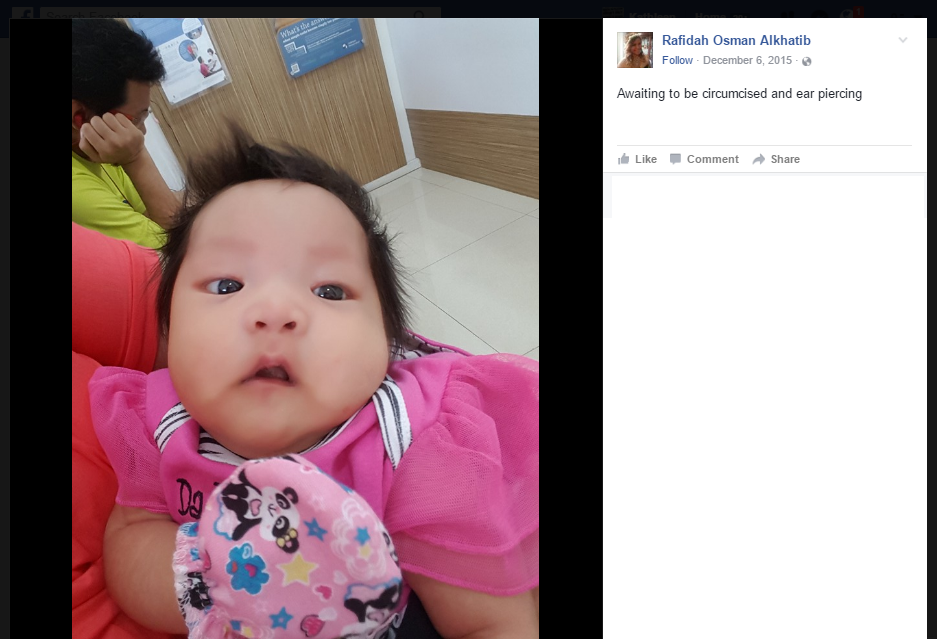 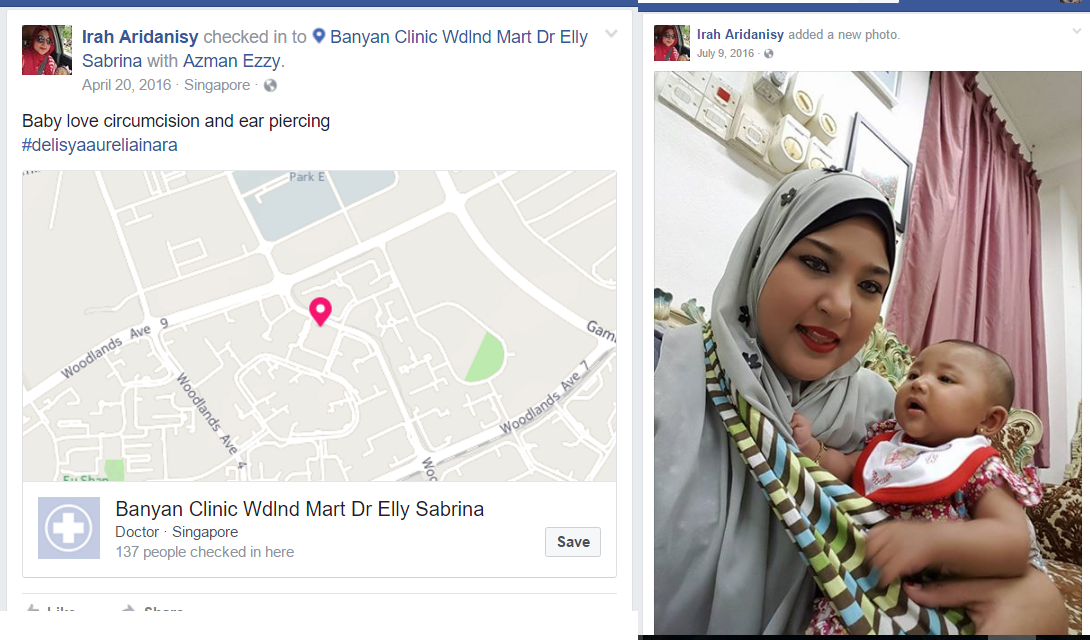 In a recent study, 93 percent of Malaysian Muslim women admitted to being circumcised. We took a look at what's driving this painful boom.

I meet 19-year-old Syahiera Atika at the mall. She spends most Sundays prowling Kuala Lumpur's mega malls like other women her age, but as she eagerly points out she's also different. Syahiera is a modern incarnation of Malay culture: She happily embraces Western-style capitalism, while at the same time strictly following the local interpretation of Islam. And as she proudly informs me, that also means she's circumcised.
19 year-old Syahiera Atika (center), poses with her friends in front of a Kuala Lumpur mall
"I'm circumcised because it is required by Islam," she says. The Malay word she uses is wajib, meaning any religious duty commanded by Allah. Syahiera is aware of how female circumcision is perceived in the West, but rejects any notion that it's inhumane. "I don't think the way we do it here is harmful," she says. "It protects young girls from premarital sex as it is supposed to lower their sex drive. But I am not sure it always works." She giggles at this thought.
Female circumcision, as you may know, involves surgically removing part or all of a woman's clitoris, which is classified as Female Genital Mutilation (FGM) by the World Health Organization. FGM has no medical benefits whatsoever, and a WHO fact sheet says that it "reflects deep-rooted inequality between the sexes, and constitutes an extreme form of discrimination against women." In 2012 the United Nations General Assembly unanimously passed a resolution calling it a "human rights violation" and urged nations to ban the practice.
A mother and daughter stand in the waiting room at the private Global Ikhwan clinic. Women from all over the region visit the Islamic clinic where FGM is performed regularly
Regardless of how cruel FGM is, the majority of Muslim women in Malaysia are, like Syahiera, circumcised. A 2012 study conducted by Dr. Maznah Dahlui, an associate professor at the University of Malaya's Department of Social and Preventive Medicine, found that 93 percent of Muslim women surveyed had been circumcised. Dahlui also discovered that the procedure is increasingly performed by trained medical professionals in private clinics, instead of by traditional circumcision practitioners called Ma Bidans.
Dahlui insists Malaysia's version of female circumcision is less invasive than some types practiced around the world—she says it involves a needle prick to the clitoral hood and is performed on girls between the ages of one and six. However, as I discovered, more invasive procedures are also widespread.
Obstetrician and gynecologist Dr. Mighilia of the Global Ikhwan private clinic located in Rawang, north of Kuala Lumpur, admitted that she performs a more drastic version with a needle or scissors. "I just take a needle and slit off the top of the clitoris, but it is very little," she said. "Just one millimeter."
Dr. Mighilia demonstrates how she performs female circumcisions with scissors
Genital mutilation isn't banned in Malaysia, although public hospitals are prevented from performing the surgery. In 2009 the Fatwa Committee of Malaysia's National Council of Islamic Religious Affairs ruled that female circumcision was obligatory for all Muslim women, unless it was harmful.
That's not to say, however, that all Malaysians support it. Syarifatul Adibah, who is the Senior Programme Officer at Sisters in Islam, a local women's rights group, insists that sunat (Malaysian for circumcision) isn't once mentioned in the Quran. Instead she points to its popularity as stemming from an increasingly conservative interpretation of Islam.
"Previously it was a cultural practice, but now, because of Islamization, people just relate everything to Islam," she said. "And when you link something to religion, people here follow it blindly."
According to Adibah, FGM became more socially acceptable in 2012, when the Ministry of Health announced it was developing guidelines to reclassify the procedure as medical. To her, this misleads people into thinking mutilation is medically sound. "If you come up with the guidelines and you medicalize it this means you're OK with it, despite it having no medical benefit," she said. (The Ministry of Health did not respond to multiple requests for comment.)
Not that the "medicalization" of female genital mutilation is unique to Malaysia—the practice was recently identified as a new "disturbing trend" by the UNFPA, UNICEF, the International Confederation of Midwives, and the International Federation of Gynaecology and Obstetrics.
But some Malaysians believe that international organizations like those shouldn't be telling them how to live. "The problem with the West is that it's just so judgmental," said Abdul Khan Rashid, a professor at Penang Medical College. "Who the hell are you to tell us what to practice and what not to practice? A lot of women now do it in private clinics in safe conditions, but if you're going to make it illegal, the practice will just go underground."
Dr. Ariza Mohamed is a prominent member of the Islamic Medical Association of Malaysia, which condones "Holistic ,edicine based on Islam"
Malaysian medical practitioners also defend the practice by passing judgment onto other countries. "We are very much against what is going on in other countries like Sudan," said Dr. Ariza Mohamed, an obstetrician and gynecologist at KPJ Ampang Puteri Specialist Hospital in Kuala Lumpur. "That is very different from what we practice in Malaysia," she added. "And there is a big difference between circumcision and female genital mutilation."
Photos by Thomas Cristofoletti
Follow Marta on Twitter
at 10:00:00 PM No comments: 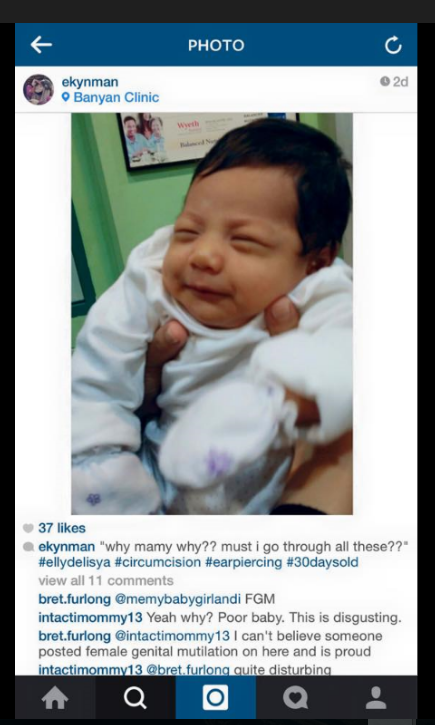 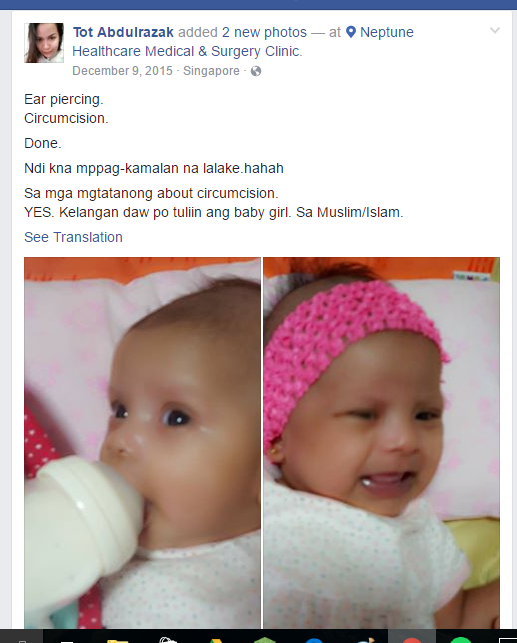 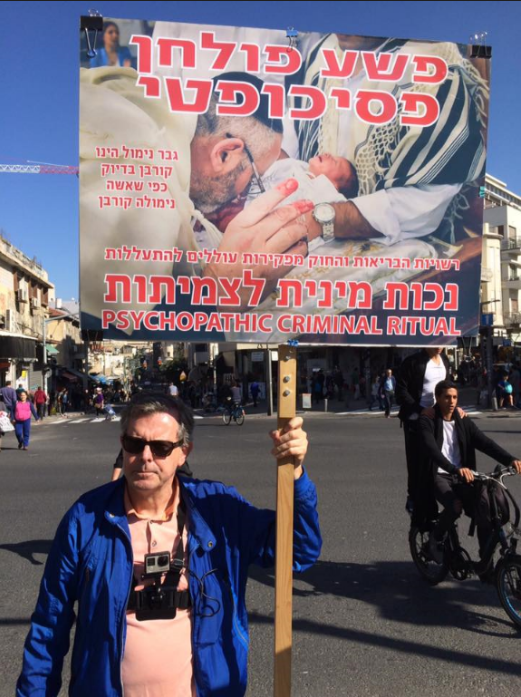 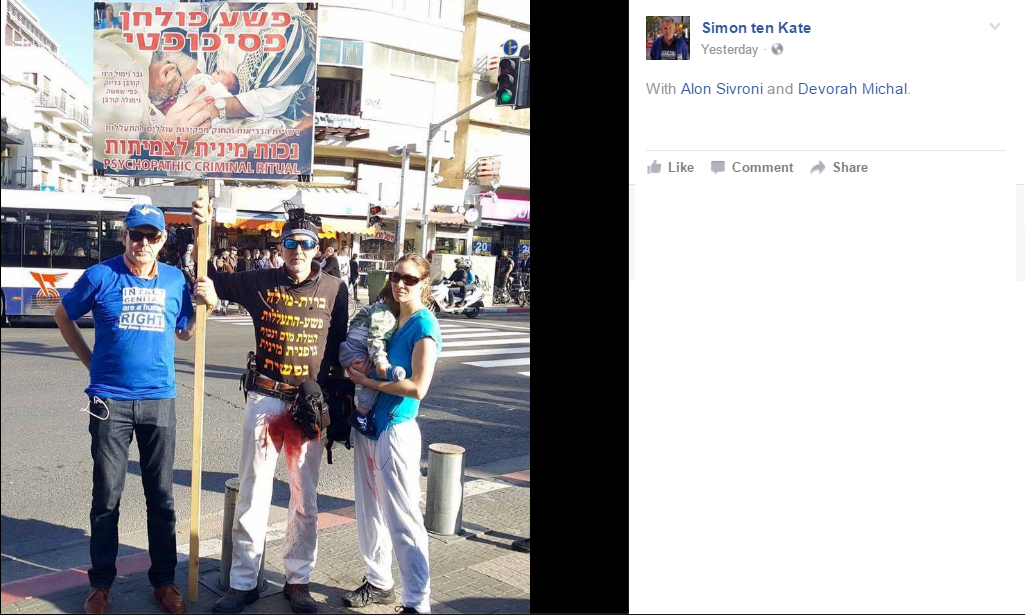 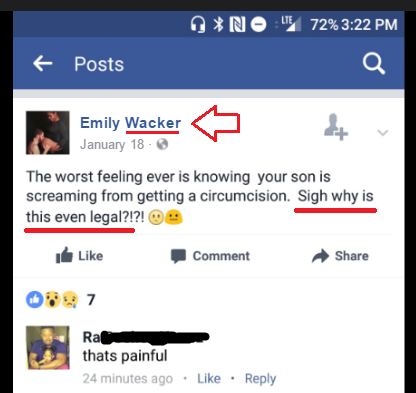 MGM/FGM 2 sides of the same coin 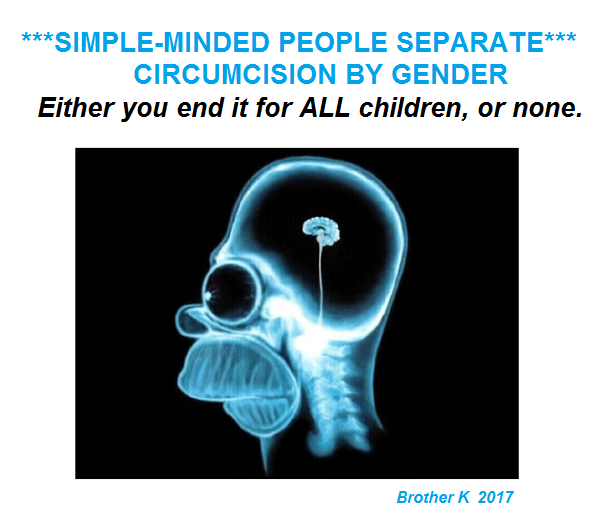 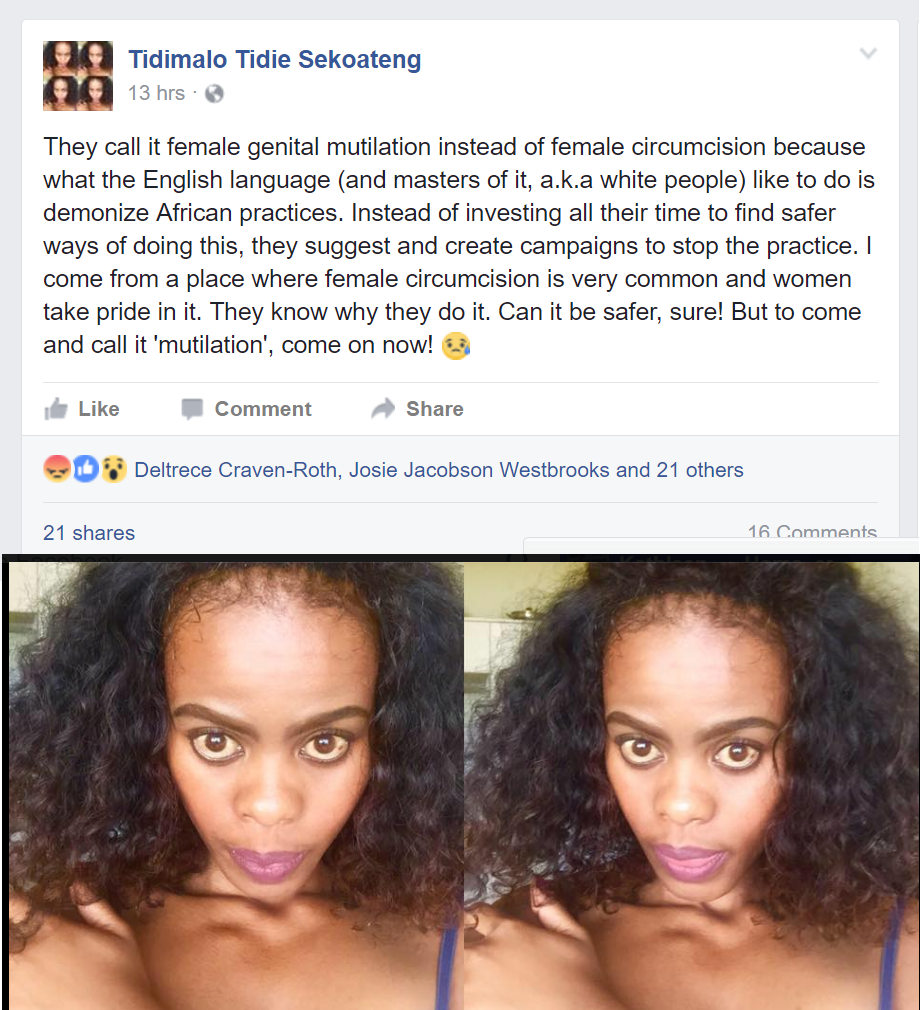